UMG, How to extend a UUserWidget:: for UMG in C++.

A updated version of this tutorial can be found here.
https://wiki.unrealengine.com/Extend_UserWidget_for_UMG_Widgets

I wanted to extend the Widget Blueprint, i got some great help from Nick Darnell so thanks again.

In order to derive my class from UUserWidget:: i did the following.

You add several headers to your project header. "(YourProjectName.h)".

And then i also made sure that the UMG and Slate Modules was included as well. In "(YourProjectName.Build.cs)":

Compile and re-open the editor. And add a new class to the project derived from UUserWidget::

If you were wondering how the header of the derived class looks like after created/ added from the editor.

Create a new Widget Blueprint as shown in the image.

Open up the new Widget you just created and go to the Graph of the Widget Blueprint. Press on the

button on the top of the window.

Go down to the details

Under the Category "Globals" you set the class you derived from UUserWidget. 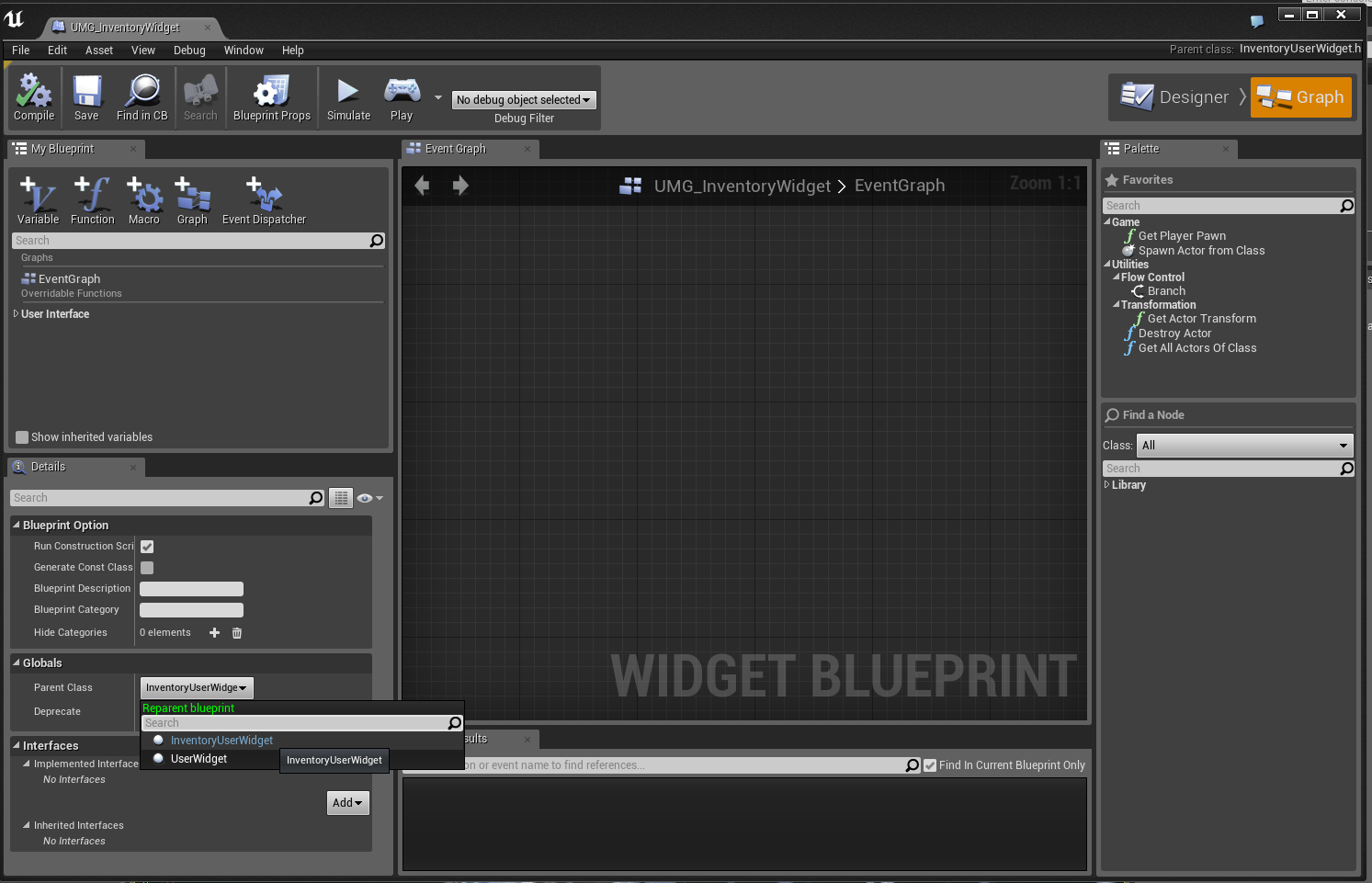 You are done, now you have a simple and fast way to extend the user widget. From everything from Data Storage to picking up "events" delegates and so on.

Hope this was helpfull.

[Tutorial/ Snippet] Creating a UMG Widget in C++, and delegate example by WCode.