Hi, I'm mintchococookie. I am a newbie to UE4, and I spent 2 days wondering, searching for the way I can make Ustruct. All I got was bunch of errors...nevertheless, I made it. Now I decided to make a brief tutorial about making Ustruct, for newbies like me.

The goal of this tutorial is to make a Ustruct that is accessible through blueprint.

Caution: To follow this tutorial without any problem, please use UE4.17 and VS2017

You may know what struct is in C and C++. UStruct is Unreal version of struct. It's a composite data type that has various types of variables in it. The cool thing is, you can wrap anything inside a UStruct. For example, Unreal Engine does not provide an array of arrays; TArray<TArray> wiil definitely produce an error. But if you wrap an array inside your UStuct, and then declare an array of that Ustruct, you can make an array of arrays.

In your UE4 launcher, select C++ project with basic codes option. Name the project as Ustruct0. UE4 and VS will open up.

Some guys like me might wonder, 'Where should I declare my Ustruct? Do I have to make special h and cpp files for my Ustruct?'. The answer is "You don't have to do it." I am going to declare my Ustruct in the default game h file provided by UE4. That is, Ustruct0.h file.

In your VS, locate the Ustruct0.h. Copy and paste the code below. Don't forget to include .generated.h file! In this case, it is Ustruct0.generated.h.

BlueprintType keyword allows us to access the UStruct we made.

Using your UStruct inside Blueprint

Finished State of Your Blueprint 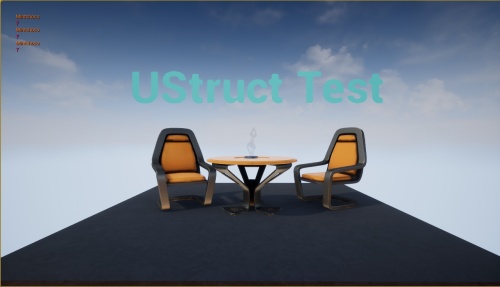 Age and Name appear on the Viewport 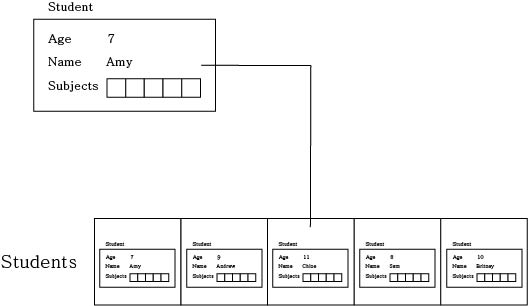 Modify the Ustruct0.h as following:

You have finished your long journey. Congratulations. You will be able to make UStruct as well as array of arrays as you want.

You can read more about me on my User Page. Have a nice day :).