The FreeBSD fork resides in an external repository at https://github.com/UE4-FreeBSD/UE4-FreeBSD. The FreeBSD code is located in the release_freebsd branch. To get the source use the following command.

Getting the toolchain and dependencies

The cross-compilation toolchain for Windows and precompiled dependencies for FreeBSD can be downloaded from the latest -freebsd release on the releases page of the FreeBSD repository at https://github.com/UE4-FreeBSD/UE4-FreeBSD/releases. The dependencies must be extracted to the engine source directory.

Add an environment variable (Control Panel->System->Advanced system settings->Advanced->Environment variables) named FREEBSD_MULTIARCH_ROOT. The value should be the path to the toolchain directory downloaded from the releases page. Make sure the new environment variable has been registered to the system / application (MSVC) by rebooting the machine or restarting the app before continuing to the build step. 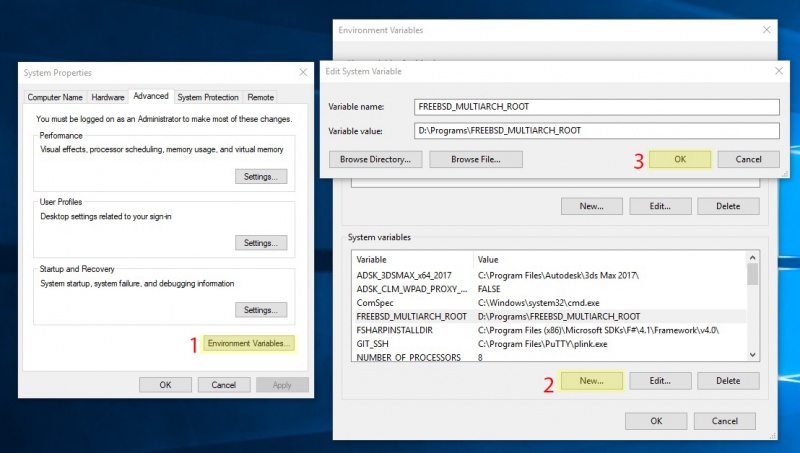 Packaging for FreeBSD follows the same rules as Packaging for Linux except with FreeBSD as the target platform.